A room of one's own

snatching moments here and there 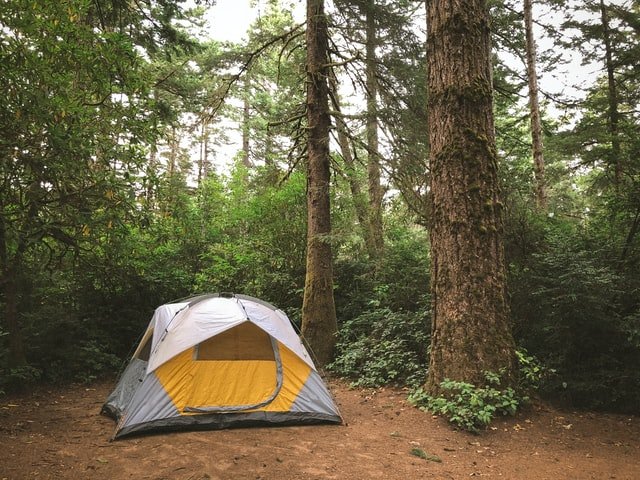 It was the end of the holiday. Wasn’t planned to be, but she had had enough, and that was that.

Apparently, he was exasperatingly obtuse for not realising that it was the end until she’d actually told him. It had been a trying week; the weather had been unchangeable, on the wet end of the spectrum, and determined to stay that way. They’d thought that the pair of them could stay in the caravan, with the kids in the tent.

The first day, Peter had put the tent up, thankfully one of those ones that don’t need poles or pegs, but just magically appear. His son and daughter tried it the first rainy night. For an hour. So, for the next four nights, there had been four people in a cramped, damp space, that really only sleeps half that amount.

At first, they’d looked hopefully for the clouds to blow past, and reveal some blue. Then, they’d played Scrabble, Old Maid, Boggle and even charades (once). All out of plans for further entertainment, they’d started to squabble. At that point, Peter had dragged everyone out for a squelching march up the nearest hill. It was at its summit that Bess had had enough. Or so she told him the next day. He had no idea at the time, but he should have had, or so she told him the next day. These unspoken, unclarified thoughts and feelings still baffled Peter, ten years in.

Somehow, he just never picked up on the signals: did a sigh really mean she was at the end of her tether, or was she just tired? Was a tut just a second of disapproval, or was it years of it compounded? Why did she blame him for not doing some task immediately she thought of it, when she had never asked him to? Was virtually spring-cleaning the entire house before going on holiday for a week really necessary? And why was she so furious with him for not getting that?

These were the questions running round Peter’s head as he walked along the road, hauling the undismantled pop-up tent behind him. He had forgotten it in the rush of packing earlier, and instead of driving the five minutes back down the road, Bess had tutted and sighed him out of the car, to make the puzzled walk alone.

No doubt, he’d get another row about not folding it down, but for some reason, he wanted to get her back, show her he wished she could be as straightforward, and predictable, as a pop-up tent.

One thought on “Pop-up”